Wintering in a walking wonderland

The first month and a bit back in the UK seems to have passed rapidly, without much of note actually occurring. The Scottish wedding was followed by a weekend in a damp Warwickshire pub carpark, catching up with our 2cv friends at the ever-excellent Halloween camp. Prodigal hospitality has been extended far and wide, mostly at embarrassingly short notice. We’ve made repeated forays back “home”, liberating Ellie’s Peugeot from the depths of a lock-up and raiding dark forgotten corners of the Big Yellow storage unit. Eventually, we found our way to the edge of the Cotswolds, ambushing 2cv-mate John’s hospitality whilst we did some exploring around parts of Herefordshire and Gloucestershire, attempting to track down somewhere we’d love to spend the winter.

It took less time than we expected.

Our first impressions of the Hop Cottage were that it was gorgeous, in the attic of a barn and with a living room dominated by mysteriously imposing 19th century Hop Bagging machinery, but probably a bit too much out into the sticks. After a return to the area the next day, though, we realised that we’d clearly started to drift back into a suburban mindset. It really wasn’t that far, and – b’sides – who cares anyway if there’s a supermarket within walking distance or not? The route from Ledbury, the nearest town, brought some magnificent views as it clung narrowly to the edge of a ridge, winding as it climbed and fell.

Herefordshire’s not a part of the UK that either of us know at all well – yet. It’s completely off the radar, to the point where I suspect most people would be hard-pressed to even identify it on a map of the UK with the counties merely empty shapes. And, yes, we would have definitely included ourselves in that… (Cheat’s notes :- Follow west from the Cotswolds towards mid-Wales, south of Worcestershire, north of Gloucestershire.) 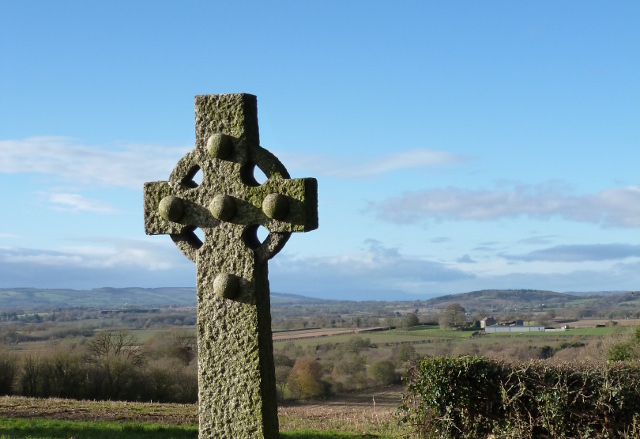 We’re about five miles outside Ledbury, an absolutely lovely town – one of those rare gems with a high street that still almost entirely consists of independent, local “proper shops”. Our first shopping trip into town saw us chatting to various stall-holders in the Farmer’s Market held underneath the black-and-white half-timbered Market Hall; heading over the road and into the church hall to find a series of stalls selling home-made jams, crafts and cakes; then finally browsing through several of the butcher’s shops and the greengrocers. Via, of course, the shop selling nothing but local artisanal cider – not only bottled, but also a choice of a dozen draft taps to fill whatever flagons you may have about your person.

Even though the floo

ding’s missed us (but not by very far), the weather’s been far from kind to the thoughts of long walks via a pub with a roaring fire, but that already seems to have passed – and we’re well placed, with a public footpath heading through the vines right outside our door. Vines? Yes, we’re living in the middle of a working vineyard! Unfortunately, though, the wine seems to have such a good reputation for quality and value that they’ve totally run out until the next vintage is ready…

This entry was posted in By Country - UK, Food stuff, Personal stuff. Bookmark the permalink.

3 Responses to Wintering in a walking wonderland