We have been in San Vito lo Capo for four weeks now and now it’s Christmas Eve. It’s hard to believe it’s Christmas and we’re still on the road. The weather has been mixed with some high winds, the most recent bout seeing really high seas and a large chunk of beach blown into the town streets.

Life continues at a slow pace, cycle rides around town, learning Italian, shopping, chores and jobs on the van. The parcels we’ve ordered have started arriving, although we’re still waiting for the main laptop to come back from Germany where it’s being fixed. The van has received a lot of presents this year. We’ve been on a few longer outings, but we’ve been very relaxed and as is often the case, even when there is something that should be done – writing blog posts for instance – it’s hard to get around to it.

We’ve been busy socialising. It started off with meeting Barbara, who has a cottage just a couple of miles up the road, in town. We popped by for a drink and a chat, which turned into a whole evening of talk, wine and food. Then there were the various campers who have been through the site. Jenny and Neil stayed here for a few days, before getting the boat northwards to get to Rome in time for Christmas. We had our ‘works’ outing with them to the only pizzeria open in town on a Saturday night. We drank it dry. Not as bad as it sounds, they only had a couple of bottles of white. They then invited us to have a free digestivo on the house and left the bottle of limoncello on the table … That certainly got us into the Christmas party spirit.

Social get togethers too with various other travellers who have spent time here, Brian and Mary, Rob and Sarah, and the Finns Seppo and Mailiisa who invited us for drinks in their van and we had a fun evening in spite of, or perhaps because of,  not having more than a very few words of any language in common. My ten words of Finnish ran out quite quickly!  Then there are those like us who are spending the festive season here – Uli and Martina who we know from Sferracavallo, and Karen and Paul who we first met at Rais Gerbi, the campsite near Cefalu. So just a handful of people here for Christmas, with their assorted dogs, and not least our camping cats to keep us company.

We spent a lovely day in the Zingaro Natural Reserve with Jenny and Neil. Fabulous vegetation and stunning views across the bay as we walked its paths and picniced in one of the rifugios high on the hillside. A challenging walk at times – a mix of coastal path and mountain trekking. So steep ups and downs – I went flying a couple of times. 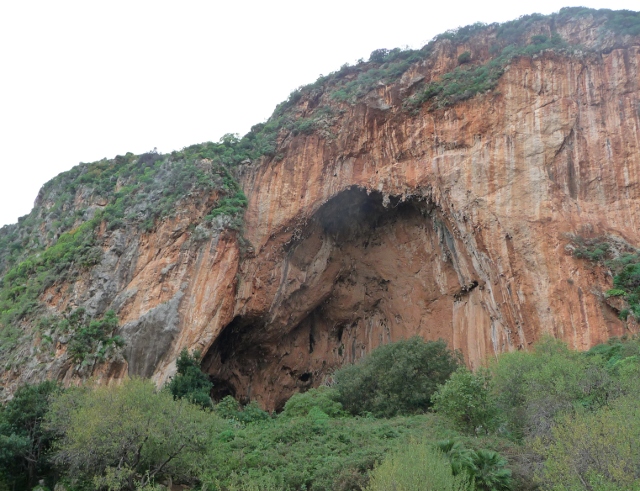 The three euros a head entry includes a couple of little museums of local life in times gone by beautifully presented in old cottages. The plant life includes huge rosemary bushes, dwarf palms and wild irises. We didn’t see any of the wild boar that reside here, but did find traces of another inhabitant – porcupine quills. We look forward to spending some more time there soon.

We also spent a lovely day around the tiny village of Scopello with its Tonnara, a former tuna fishery set amongst the rock outcrops on the coastline, and the pretty village square on the hillside above. We had a lovely lunch of the local ringlet-like pasta – busiata – with seafood. 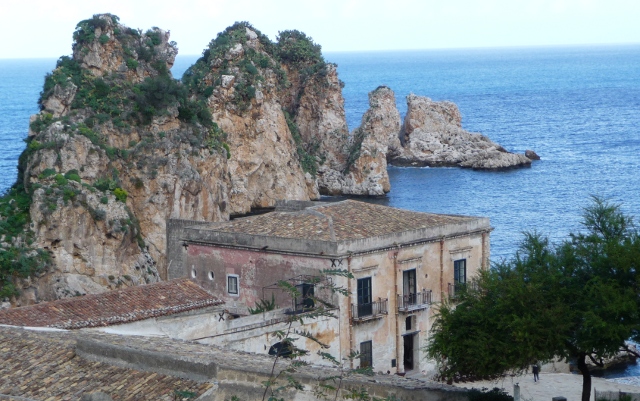 It’s been a tonic to be somewhere with a very relaxed approach to Christmas, with the seasonal paraphanalia not making its appearance before the beginning of December. We visited the small Christmas market in the port town of Trapani, about half an hour’s drive away. There was a live crib, free snacks and craft demonstrations. The best bit was following the local brass band, made up mainly of younger people all dressed in Santa outfits, as they marched round town playing very jaunty versions of Silent Night, Jingle Bells, George Michael’s Last Christmas and John Lennon’s Happy Christmas War is over. There was no mulled wine but we found a friendly cafe that fortified us with a superb Irish coffee. 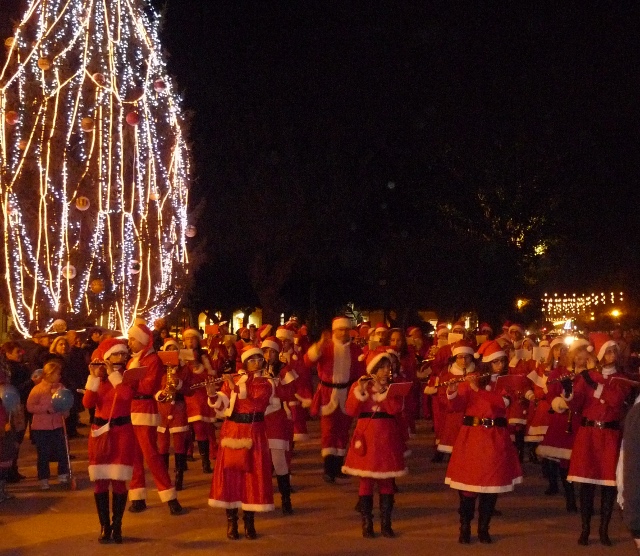 We’ve also been making more plans for our travels in the New Year. Firstly, Adrian’s mother is coming to visit us in early January and we’re renting a cottage near Scopello (mentioned above) for the week. Shortly after she departs, we have our ferry booked for Tunisia. We are looking forward to leaving Europe for a change of continent and culture.

Wishing you all the best for a joyous Christmas and fabulous New Year.

Following the road...
View all posts by EllieGee →
This entry was posted in Art & Culture stuff, By Country - Italy, Personal stuff, Wildlife stuff. Bookmark the permalink.

5 Responses to Life in San Vito